Almost a year after the Winterblades retirement from Shadowbane a new loreplay ruleset server was announced.   The Winterblades along with many other guilds including Crime Syndicate, House of Errants, The Shipwrecked Pirates, Commanders Reborn, and House of Errants, returned in force to the world of Aerynth to test new Lore Server.  The newly discovered fragment came to be known as Vindication, in honor of the long standing desires of the lore community to have a server that follows the excellent Shadowbane lore written by Meridian. 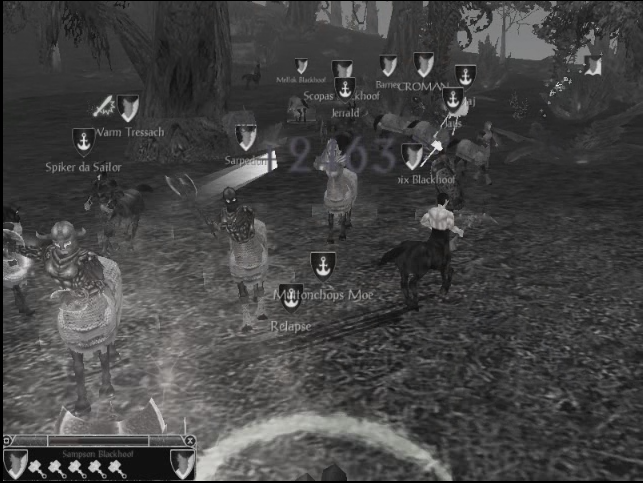 The Winterblades entered the server as a Centaur cohort with great success.  The Centaur Cohort was not considered a charter of significant power, with it limited class selection, though a few other nation took up the challenge, including The Ship Wrecked Pirates.  The chaos of the initial land rush, when all nations make do with foraged gear and the tools at hand, delievered many great fights between old friends and enemies, old and new.  Wintershield XIV was placed just south of the river Aedroch near to the sight of our longstanding capital on Wrath Wintershield XIII.   The Winterblades were recognized for publishing the first lore storyline on the launching of Vindication.

The difficulty with the lore ruleset was most charters had only a few race and class combinations which became boring and repetitive.  To combat this many guilds switched charters after the first month.  The Winterblades staying true to their historical traditions became a division of the Church of the All-Father.  The Vindication server revived the collective memories, rivalry, and fun that made Shadowbane great.  However after five years the game was becoming stale and most guilds left after three to four months including Crime Syndicate, House of Errants and the Winterblades.

The world of Shadowbane and the fragments of Aerynth grew ever darker and more sparsely populated as the years rolled onward.  More and more souls were lost to wander the Void.  Old friends and often respected enemies rallied together as the world of Shadowbane declined.  Two more servers, Saedron and Thurin came and went before Shadowbane was finally official  closed in summer 2009.  Winterblades joined many former enemies and friends in creating new nations, or as subguilds while others carried the burden of leading the charge.  Among those nations the Winterblades joined were Commanders Reborn and Silvermoon who had joined us on Wrath, Ordo Castum Carnifex, and Crime Syndicate and -X-, an amalgamation of House of Errants and Crime Syndicate.  Often Winterblades supplied the officer corps and battle leadership under Damebix. 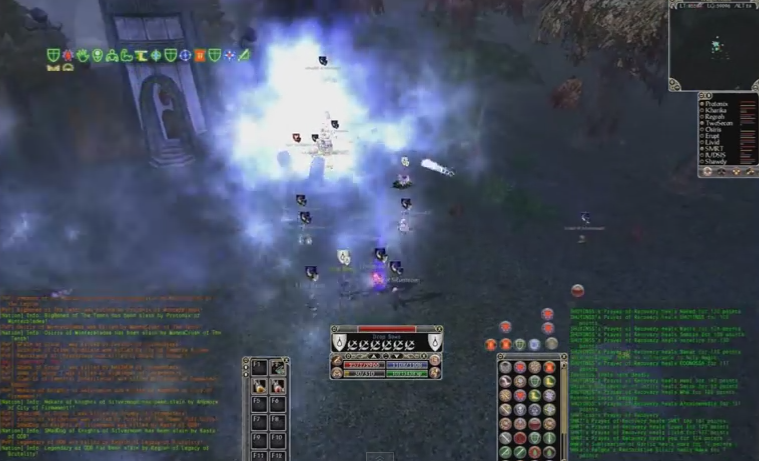 Five years after the last known fragment of Aerynth was lost, the Shadowbane community’s restless wanderings brought them home.  The Shadowbane Emulator (Emu), the product of the long labors of RichV, Reforged in Flame a new server of Shadowbane.   Winterblades answered the call as with many veteran guilds, along with a surprising sea new faces that joined the Shadowbane community during the twilight years of Shadowbane under the stewardship of Stray Bullet Games and Ashen Temper.  Winterblades returned, along with Dark Rain, as subguilds of Silvermoon, for the festivities and reveled in nostalgia and old glories.  The bugs and especially the Lag at banes, made the Emu a welcome opportunity, but the game and server grew stale once again.