On the fragment of Test the Winterblades escaped the deary existence of Corruption and the never ending struggle to hold back the rising tide of the Asian alliances.  Test was a perfect escape, a bridge head on a new fragment and a hedge against the destruction of Corruption.  The tenfold increase in gold and experience made it an excellent proving ground for new concepts and new diversions.  The relative abundance of resources relaxed the political struggle and thereby increasing the amount of combat.

Our first build of the test server there were two major nations: Ghosts of the Slaughter and The Knights of Silvermoon.  The server was scheduled for reset, and in a spiral of destruction, sieges, and fun.  The Winterblades added to the chaos by crashing banes (showing up to a siege where you are not an announced attacker/defender) between these two nations and in the process gained some notoriety for the havoc we created.  Sadly Wintershield X never had the opportunity to be bathed in fire.

The second build was dominated by the Knights of Silvermoon (SM) as Ghosts of the Slaughter had broken up into smaller factions.  Lucky for the Winterblades we had managed to make a nuisance of ourselves on the previous build and Wintershield XI and our other trees became a favorite target of banes between SM and Winterblades.  Wintershield XI was lost during a no-show bane as we had bane obligations on Corruption. 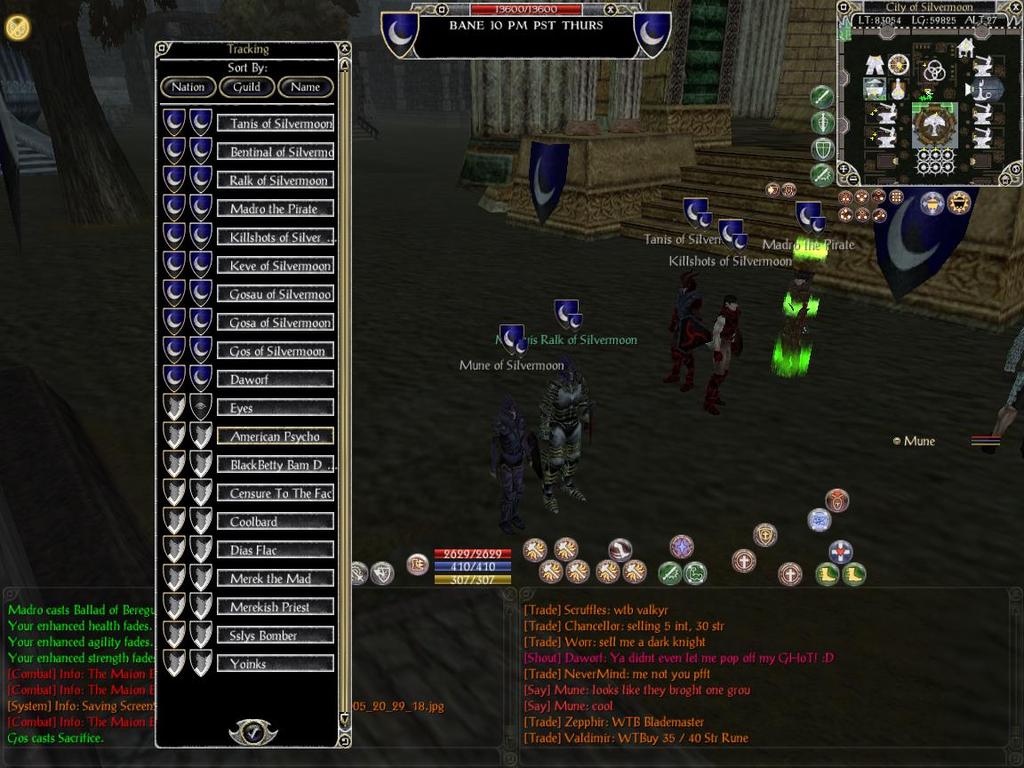 While on Test Winterblades concentrated on building new spec groups, including Dreadlord-esque Centaur groups.  Siege tactics evolved with much use and some of our specs began to proliferate to other nations.   Including  the “American Psycho” group of stealthed Elven Arch-Mage Channelers lying in wait while Centaurs groups draw in the enemy.  Early on test CoolWaters also developed the American’s Revenge Dwarf Sentinel that became the standard Sentinel build for years (until Half-Giants were rebalanced) and helped in his successful campaign for Sentinel Advocacy.

Our third Test server build was by far the most entertaining.  We ran two major trees, Wintershield XII and Papa Smurf’s lil Birdies.  By this point we were regulars on the Test server along with Ralcor’s Knights of Silvermoon, Hili’s GALG, Jolly’s Deathryders, and Hidetade’s Jellyfish.  Sieges and mine fights abounded. 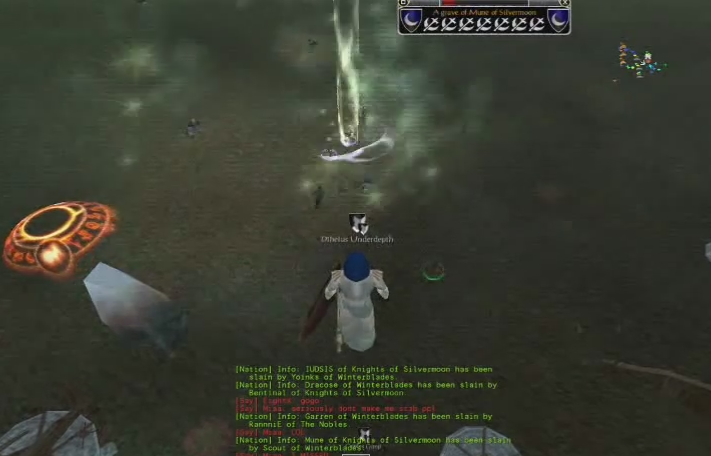 One event of little note, but with outsized future import occurred when a new guild, Commanders Reborn, led by ShadeyOak’s, founded at city just north of Winterblades’ city in the southern bog.  Commanders Reborn was at first somewhat inept.  Shadey immediately laid siege to our city and Winterblades countersieged in kind.  Both sieges went active the same evening, and Winterblades carried the field with relative ease defending our city and holding the offensive banestone against CR. However, the Commanders Reborn continued to rally and provide fights despite clearly losing the siege and their one City.  Conversations with some of the CR followed the fights.  Instead of razing the CR tree and forcing the guild to go errant (city-less) the Winterblades decided to just derank the tree down to rank one and knock over a few forges.  Over the months on Test the Commander’s Reborn grew and increased in skill.  Mine fights over the nearby bog zone became fun and interesting along with the occasional bane.  Commander’s Reborn would later become one of the closest allies of The Winterblades.

The fate of Wintershield XII is honestly unknown, a new server, Wrath, was announced and Winterblades moved quickly from Corruption/Test to Wrath.  The Test servers, with their abundant resources and relatively lax politics, were much maligned by various factions from the main servers as second class.  The Winterblades rallied the forces of Test to conquer Wrath.